Today's topic: Is your Home Inspector a Structural Pest Inspector?

When I received my education in 2007, the only license required to perform a home inspection in Washington was the WSDA Structural Pest Inspector license.  With that education, I learned that the carpenter ant is the most important wood-destroying insect in Washington.  Due to their nesting habits, carpenter ants are a great concern to homeowners.  They don’t eat wood; they feed on other insects and excavate tunnels and remove the wood to expand their nests, frequently resulting in damage to structural components of the home. 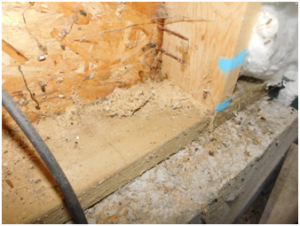 An occasional ant or two may wander around your home without cause for concern.  Frequent sightings of several ants indicate the possibility of an infestation in or around the structure.  The importance of having a trained, licensed structural inspector cannot be understated.  Carpenter ant frass can often be confused with Moisture ant, and the evidence of ant activity can be confused with non-wood destroying insects 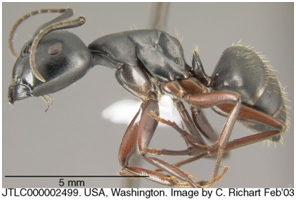 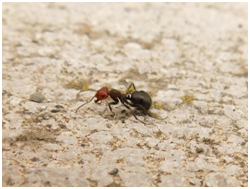 Carpenter ants commonly nest in dead or living trees, in stumps, logs, or forest floors.  A parent colony can have many satellite colonies spread throughout a broad area.  In the Northwest, many of our homes are built in forest areas, well-established colonies are regularly present, primed to attack structures.  Travel and communication between the colonies and are maintained; the “satellite” may contain larvae, pupae, and winged reproductive.  Only parent colonies have the functional queen, eggs, and early instar larvae.  Occasionally, foraging trails can be found around a property, most accessible to locate at night when forgers are most active.

Carpenter ants can potentially cause significant damage to wood-built structures.  Suppose your licensed home inspector is also a WSDA Licensed Structural Pest Inspector. In that case, your home inspector can describe the insect, explain the characteristics of the carpenter ant and recommend treatment by licensed pest control operators.  Suppose your home inspector does not have a WSDA Structural Pest Inspection license. By law, the home inspector cannot identify the specific insect and is required to refer to a WSDA Licensed Structural Pest Inspector (SPI) or a Pest Control Operator (PCO) for further evaluation.  The problem with the latter is most PCOs do not employ a licensed structural inspector.  They are in the business of treating and eradicating insects and vermin.  If the PCO performs the inspection, it is likely to be a “specific” inspection.  The SPI typically performs a “complete” inspection.  The report provided by a licensed structural pest inspector can offer the pest control operator detail of specific species and locations for their process.

Another potential issue I see with home inspectors bypassing the structural pest inspector and referring pest control operators can generate the possibility of a conflict of interest. The WSDA Licensed Structural Pest Inspector has a non-biased approach with no vested interest in any treatment plan. (which is also the main reason I rarely refer to mold eradication businesses.  Mold is everywhere; they will find it.  But is it a problem?  The home inspector focuses on conducive conditions that attract wood-destroying organisms; mold is a wood-inhabiting organism.  But I digress; that’s a story for another time.)

Albeit, the carpenter ant, is described as the most critical wood-destroying insect in Washington because it can inhabit sound wood. Here in Whatcom County,  I see the Anobiid beetle as the bigger offender in our region.

The Anobiid beetle is commonly mistakenly called a “powder post” beetle. (The true powder post beetle is the “Lyctid” beetle.) The common name for Anobiid is the “deathwatch” beetle. The term deathwatch was supposedly acquired during medieval European times.  People heard tapping while sitting up with the dying or recently deceased individuals.  Adult Anobiid beetles locate mates by tapping their mandibles on wooden surfaces; these noises were thought to warn of impending death.

These little buggers are slow and methodical in their destruction.  Left to their own devices, they can cause a significant amount of damage to wooden structures.  They can be found in almost any wooden timber with a moisture content of 13%-18%.  The adult beetles lay eggs in cracks or depressions in structural lumber, predominantly Douglas Fir, the most common building material in the Northwest.  Once their eggs hatch, the larvae bore into the wood-producing granule or gritty pellet-like frass and may continue to feed for five years or longer.  They will eventually tunnel towards the surface, pupate and emerge as adults, commonly during summer.  The Anobiid beetle is a re-infesting insect.  The cycle continues until all nutrition has been depleted from the infested lumber. 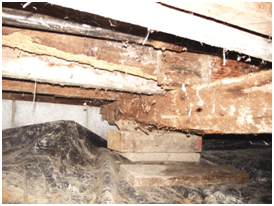 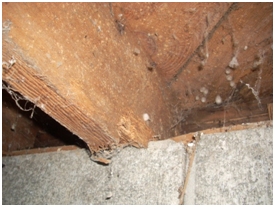 This insect is rarely observed. The most common evidence is their small exit holes, approximately 1/8-3/16″ and the frass from their tunneling. 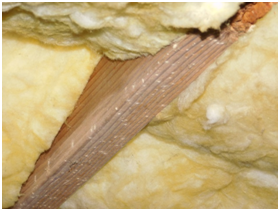 Here in Whatcom County, prime habitats for Anobiid beetles are our unconditioned substructures.  Bellingham, Birch Bay, Blaine, Ferndale, Point Roberts are beautiful areas with a multitude of properties along various waterways.  The inland areas such as Lynden, Everson, Nooksack, Sumas, and rural County properties also have their fair share of wetlands.  Groundwater is a constant concern in our region. Keeping moisture content in our substructures below 13% can be challenging in this environment.  For crawlspaces in the Northwest, a properly installed, clean, well-maintained vapor barrier and good ventilation can go a long way towards preventing infestations.

As a conscious and conscientious business decision, I maintain my WSDA Structural Pest Inspection license in conjunction with my DOL Home Inspection license.  When hiring Curtis C.  Home Inspections for your home inspection, an evaluation for wood-destroying insects and organisms gets my utmost attention at every home when warranted.  As a home inspector, my constant goal is to help my clients make an informed decision.  That informed decision can only be achieved with accurate and thorough information.

To contact me, call, text, or email.  If you would like to schedule a home inspection or have a discussion about any concerns you may have about your home and its condition, I’d be happy to have a conversation.